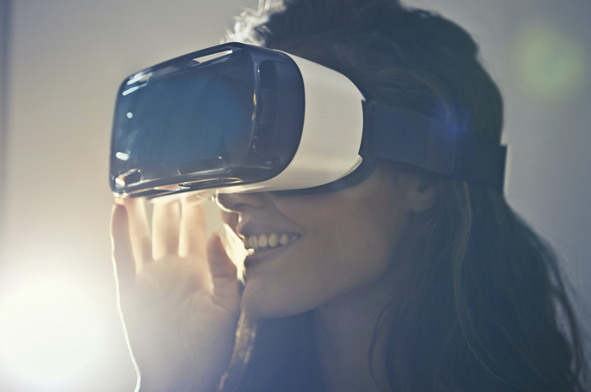 Augmented reality (AR) may seem like a very strange, complicated and distant idea to many people. If you ask most people what they think about AR they'd tell you they have no idea what it is, or would have a very vague idea about what it may be. Furthermore, most people do not realize that they themselves may have seen or even experienced and used AR before, without knowing it.   So just what is AR? AR or augmented reality is exactly what can be understood by its name. It's something that augments or overlays several different layers on top of each other, each layer being their own reality. So in other words AR creates an interactive environment by creating and overlaying sounds and objects in the form of images that appear to interact with the real world. Camera filters on social media apps are a perfect example. Another great example is the Pokemon Go game that captured the imagination of the world back in 2016 and became a world-wide sensation. So as I said before most of us have already experienced or used AR in our daily lives.

So what does and can AR have to do with art museums and galleries? AR has been sparking creativity in many different areas. Nowadays tech and software companies have made it so accessible that even ordinary people can create their own AR filters or other AR tools with their software. Nowadays it is not just limited to use in technological gadgets, games and tools, but also creative artists who are experimenting more and more with AR for their art installations.

Many artists have been creating there own AR work that has become wildly popular. Most of these AR work comes in the form of mobile apps such as the filters and games we previously mentioned. But with the increase in the number of artists experimenting with AR, a whole group of artists and studios that now specialize in AR has been created. And with this many museums and institutions are also trying to keep up with this new trend and getting themselves involved with AR. Many large museums have joined in such as New Museum in New York and the Tate Britain in London. Studio Irma for example is recently showcasing its art installations at the Moco Museum in Amsterdam. Conceptual art has been totally redefined with AR and promises a very exciting era of unlimited possibilities that was not previously possible.